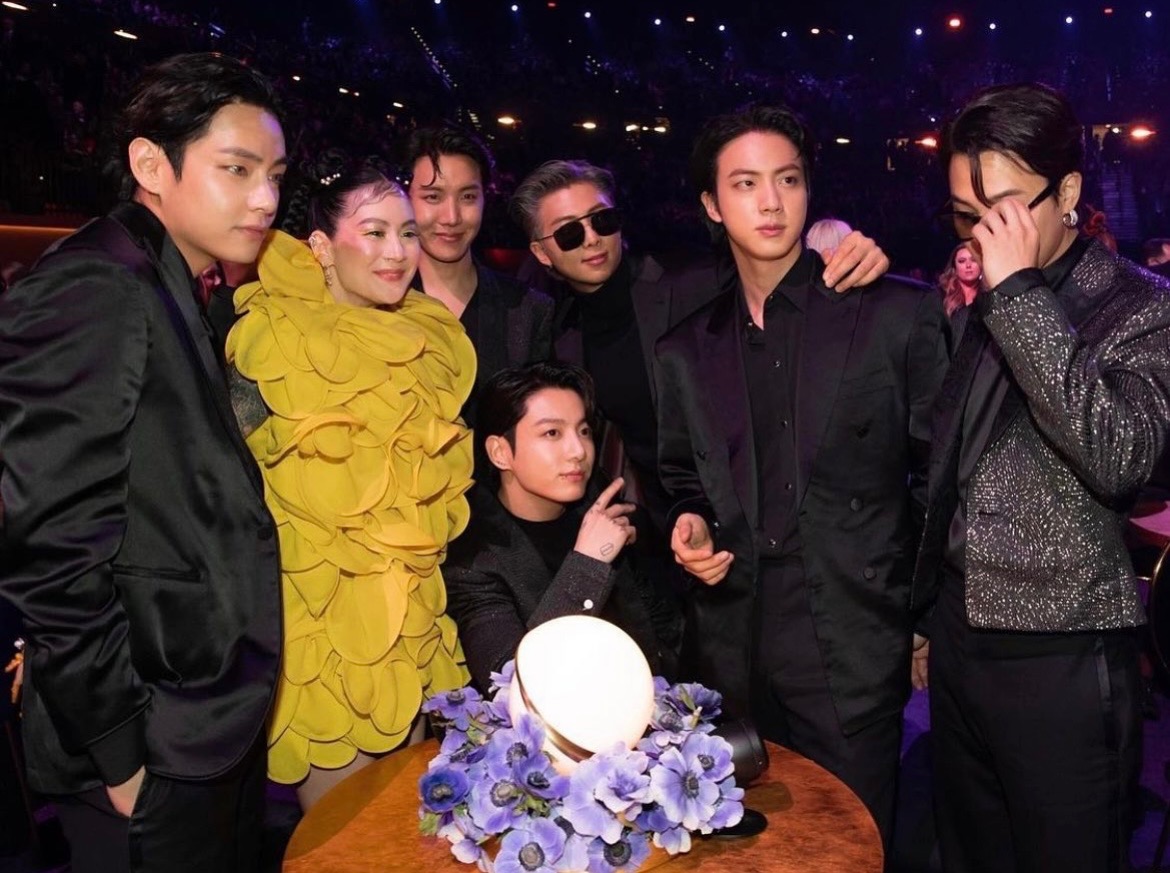 This year, the Grammy Awards have been postponed to April 3 due to the surge in Omicron business. Nonetheless, the event unfolded with its typical glamour, design and captivating performances. We already knew the outfits would be amazing, but not as amazing as expected!

Here are ten artists who defied our expectations in the most beautiful and creative way possible.

Arriving on the red carpet in a Gucci dress that illustrates her flourishing career, Saint Vincent wore a pink dress with ruffles and sequins. The dress is part of Gucci’s spring 2022 collection and is perfect for the season! It would have looked amazing without the sequins and ruffles, but the hot pink ruffles give it a little something extra – a lot of something!

Whether in his music or the way he dresses, Lil Nas X never ceases to amaze. Dressed in a Balmain suit embroidered with butterflies and pearls from head to toe, Lil Nas X followed the advice of former First Lady Jackie Kennedy. The style icon said, “Pearls are always appropriate.

Lil Nas X showed us the versatility of pearls and paired her look with cyan eyeshadow and diamond earrings. Her outfit is a work of art and the definition of going above and beyond in the fashion world.

Another performer who never ceases to amaze fans is Lady Gaga. Her red carpet look, a glamorous black and white Armani Privé gown accessorized with Tiffany and Co. was a showstopper. If Gaga didn’t change her outfit throughout the 2022 Grammys, no one would criticize her because she still dazzles.

However, that would go against her essence, which is why it’s only natural that she switched to a light turquoise dress wrapped with a bow in the back. Gaga’s Armani Privé and Elie Saab ensembles matched Love for Sale’s retro aesthetic.

Olivia Rodrigo kept old Hollywood alive in an elegant black Vivienne Westwood dress with pink crystals and black kid gloves. Many of the extras in these celebrities’ outfits were pink. What made Olivia Rodrigo’s outfit unique was that the pink sequins are on the dress. If Rodrigo’s red carpet look was reminiscent of Rita Hayworth in Gilda — black gloves and all that jazz, her other ensemble was similar to Marilyn Monroe’s character in The Seven Year Itch. Her fresh take on old Hollywood glamor is key to creating such fabulous ensembles.

If any group showed us how to mix traditional clothing with avant-garde style, it would be BTS. Although they arrived on the red carpet with what one would expect, suits with flowers and brooches are a compromise in the fashion world. The group didn’t match, but their outfits were similar; even so, their accessories are what make their outfits unique. Just look at the flowers in V and the rest of the brooches in the group, they show us that details matter!

With the revival of Sex and the City And Just Like That airing ahead of the Grammys, one might have imagined Carrie Bradshaw’s style to have influenced Rachel Zegler’s choice for the Grammys. Zegler’s sheer gray Christian Dior dress was reminiscent of Carrie Bradshaw’s iconic Versace gown. Rachel Zegler’s jewelry added to her refined look. The Tiffany & Co. platinum and diamond necklace made her fit for royalty.

Doja Cat surprised us when she showed up on the red carpet in a mint Versace gown. With the number of modern Cinderella movies being made, they should have used Doja Cat’s dress! Forget glass slippers; Doja Cat accessorized her look with a glass purse containing snacks, showing us that a queen can take care of herself.

In recent years, flowers have turned out to be fashionable. SZA’s outfit showed us that this trend is here to stay. The flowers varied in color and size, making this dress a red carpet look. That’s right! The 2022 Grammy Awards didn’t just show us a few trends; they represented several, sometimes within the same outfit, as illustrated by SZA.

Creativity is one thing, combining ingenuity with album design is another. Japanese Breakfast’s Michelle Zauner showed us that dressing up for her ‘Jubilee’ album isn’t impossible. Appearing on the red carpet in a bright yellow Valentino dress, Michelle Zauner was another musician who looked out of this ruffled world.

The 2022 Grammys were full of sets that wowed viewers. Just like I started with an outfit that included pink ruffles, I’m going to leave you with another pink ensemble.

Billy Porter did pink and ruffles justice in an outfit that took everything to another level. To complete the look, Porter wore purple lipstick and light purple eyeshadow. Demonstrating the old-school belief of shoes matching the bag, or in this case, a clutch, Porter played with traditional elements and gave them a modern home.

All in all, fashion at the Grammys was a spectacle. It’s hard to imagine better sets, but I guess we’ll have to wait until next year. Maybe our favorite musicians will defy our expectations again.