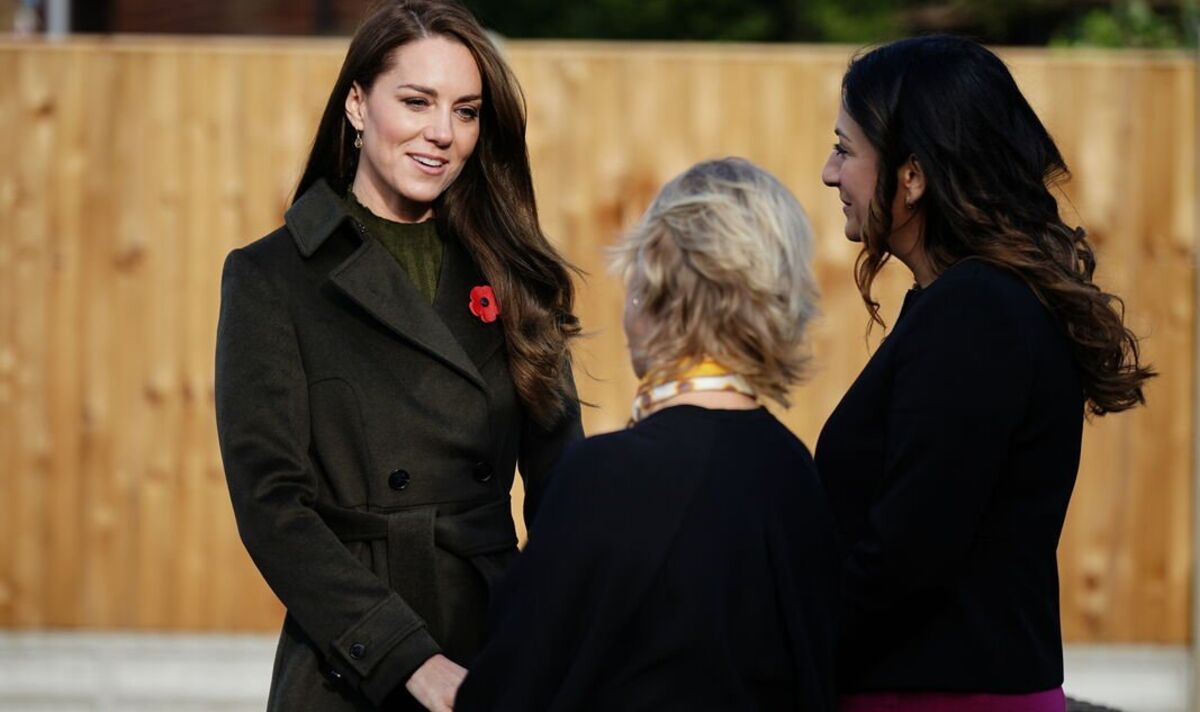 Kate, Princess of Wales visited Colham Manor Children’s Center in west London where she was greeted by workers and members of the institution. The royal is patron of the Maternal Mental Health Alliance and attended the event to highlight the impact an integrated, multi-disciplinary system of holistic care can have for families affected by mental health issues.

For the occasion, Kate bluffed in a very flattering all-black look. She donned a long black belted coat from Hobbs which she paired with a pair of black suede Gianvito Rossi pumps.

She appeared to be wearing a forest green sweater underneath and accessorized the look with a small dark green clutch by Jimmy Choo.

The Princess of Wales kept her hair down and sported a pair of gold earrings by Kiki McDonough.

READ MORE: King Charles’ reign ‘won’t be long’ as he prioritizes other things

The website described them as “a simple and extremely wearable style with a pear-shaped citrine.”

Set in 18-carat yellow gold, they are “perfect for adding a touch of color”, adds the designer.

The royal has worn the yellow earrings for at least 40 formal engagements since 2009, making Kiki McDonough her most worn jewelry designer.

The stylist explained that Kate actually followed a ‘styling trick’ today ‘which the Queen adopted quite early in her reign which helped cement her personal brand’.

Queen Elizabeth was a fan of dressing in one color from head to toe, but opted for more colorful looks.

READ MORE: Queen Elizabeth had a ‘unique’ piece of jewelry that she only lent to two royals

“That’s still the image we all have in mind today,” Miranda added.

@stefanie.prince added, “Love the green on her and love the clutch but now that she’s about to be queen we’ve only seen her in long coats!”

Kate joined a mother-baby group chat during the outing and chatted with other mums who receive support from the institution during and after pregnancy.

Kensington Palace said in a statement: “The MMHA brings the perinatal mental health community together and makes a difference by combining the power of real-life experience with clinical and professional expertise.”

Earlier this year, she posted on social media after being named patron of the institution. Kate said: “There’s still a lot to do. And it’s up to all of us to support parents and carers, and everyone raising children today.

“Because by ensuring the next generation of children can thrive, we can help build a stronger, healthier and more nurturing society that benefits everyone.”