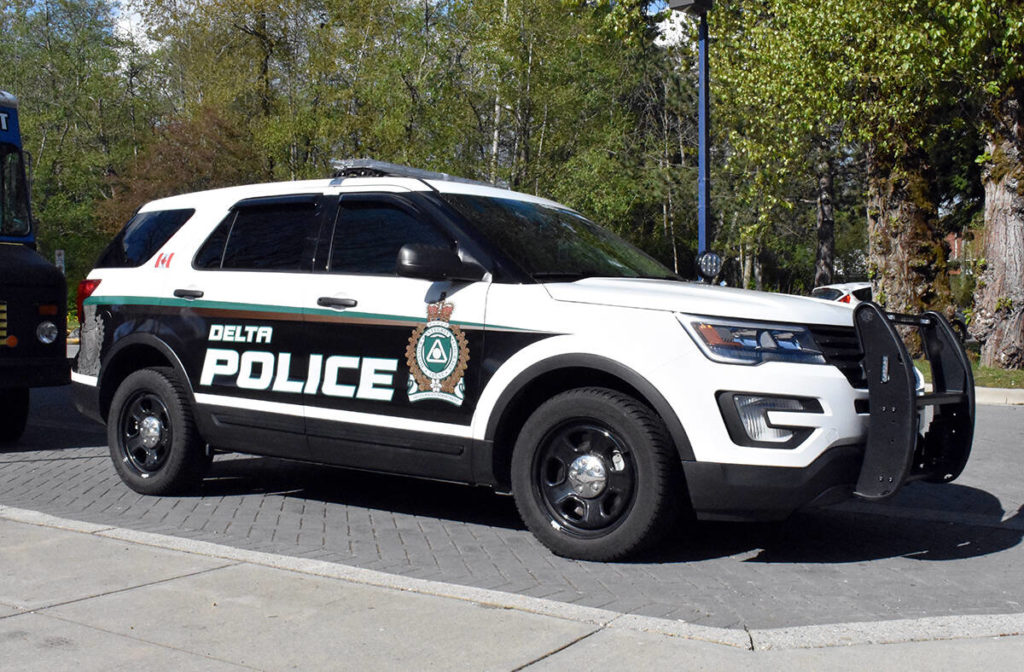 The goal of crime control is to educate and inform the public about some of the property crime trends occurring in the North Delta and other issues of interest. It is submitted weekly by the Delta Police Department. If you see something happening that you think is suspicious, call 911 for ongoing crimes and emergencies or 604-946-4411 for other assistance.

Here are some of the calls the police responded to the previous week:

• September 28, 1600-block Derwent Way: A business reported that someone had cut the chain-link fence, entered the compound, then cut the lock off a rented trailer. It appears there was no damage or anything stolen from the trailer. No suspects or witnesses. Police advised the company to consider surveillance cameras around the business for added security.

• September 29, 6400-block Woodglen St.: Complainant reported that the catalytic converter had been stolen within the past 10 days from his vehicle parked in the driveway. The theft went unnoticed for some time as it is a secondary vehicle used occasionally.

• September 29, 11800-block 80th Ave. : The Complainant reported that his vehicle, left in the underground parking lot, was broken into overnight and an empty black leather handbag was stolen. The suspects smashed the driver’s side rear window, causing $200 in damages. The investigation revealed that another vehicle in the parking lot had been entered by unknown means and a Samsung cell phone and Gucci sunglasses with a total value of $1,200 had been stolen. A pepper spray canister was left by the suspects in one of the vehicles. The identification services intervened in order to secure the fingerprints and seize the pepper spray.

• September 30, 6400-block 120th St.: The security company reported to a company that the alarm had gone off early in the morning. The business owner arrived and found the front door open, thrown away items and the cash drawer open. The front door lock had been drilled and was considered the point of entry. CCTV next door was reviewed but found nothing. The identification services went to the scene to search for fingerprints.

• October 1, 8100-block 120th St.: A business reported observing a woman and two men selecting and concealing items and then leaving the store without offering payment. The store provided police with a description of the individuals. Suspects matching the description were arrested at the bus stop by police. The company confirmed they were the three suspects who were later chartered, warned and released by the police as the company did not want to press charges. The stolen property, worth $400, was seized by police and returned to the company.

• Oct. 2, 10800-block 63rd Ave. : The complainant reported that the catalytic converter was stolen overnight from his vehicle. Police are reviewing a neighbor’s surveillance video to identify a possible suspect.

• October 2, North Delta Public Safety Building, 11375 84th Ave. : The complainant reported that two fraudulent wire transfers were made from his bank account. The complainant said he received a fraudulent text claiming that the government wanted to send him a refund check for $540 and follow a computer link. The complainant had contacted the bank and their accounts had been frozen to prevent further activity. The bank is investigating the fraud and will determine if a refund is possible.